Justine Bagenda, the executive Director supervision Bank of Uganda has been fired and immediately replaced with Dr.Tumubweine Twinemanzi.

This was carried in a memo released by the guvnor bank of Uganda, BOU, Prof. Emmanuel Mutebire, dated today February 7th 2018.

Bagenda has been caught up in a scandal with tycoon Sudhir Ruparelia after evidence emerged showing that she, (Bagenda) had defrauded him.

It was also established that Bagenda sanctioned the payment of UGX 13 billion legal fees to David Mpanga and Masembe to defend BOU against the tycoon.

This was an alleged cover up for the bad deals by Justine Bagenda, Mpanga, Masembe and other associates, as an opportunity enabling another bank acquire crane bank  for their beneficial purposes.

Other appointments made by guvnor Mutebire include; Mrs. Mary Katarikawe as Executive Director operations, Mrs. Joyce Akello as the guvnor’s personal assistant, Ms. Deborah Kabawheza as executive director finance among others. 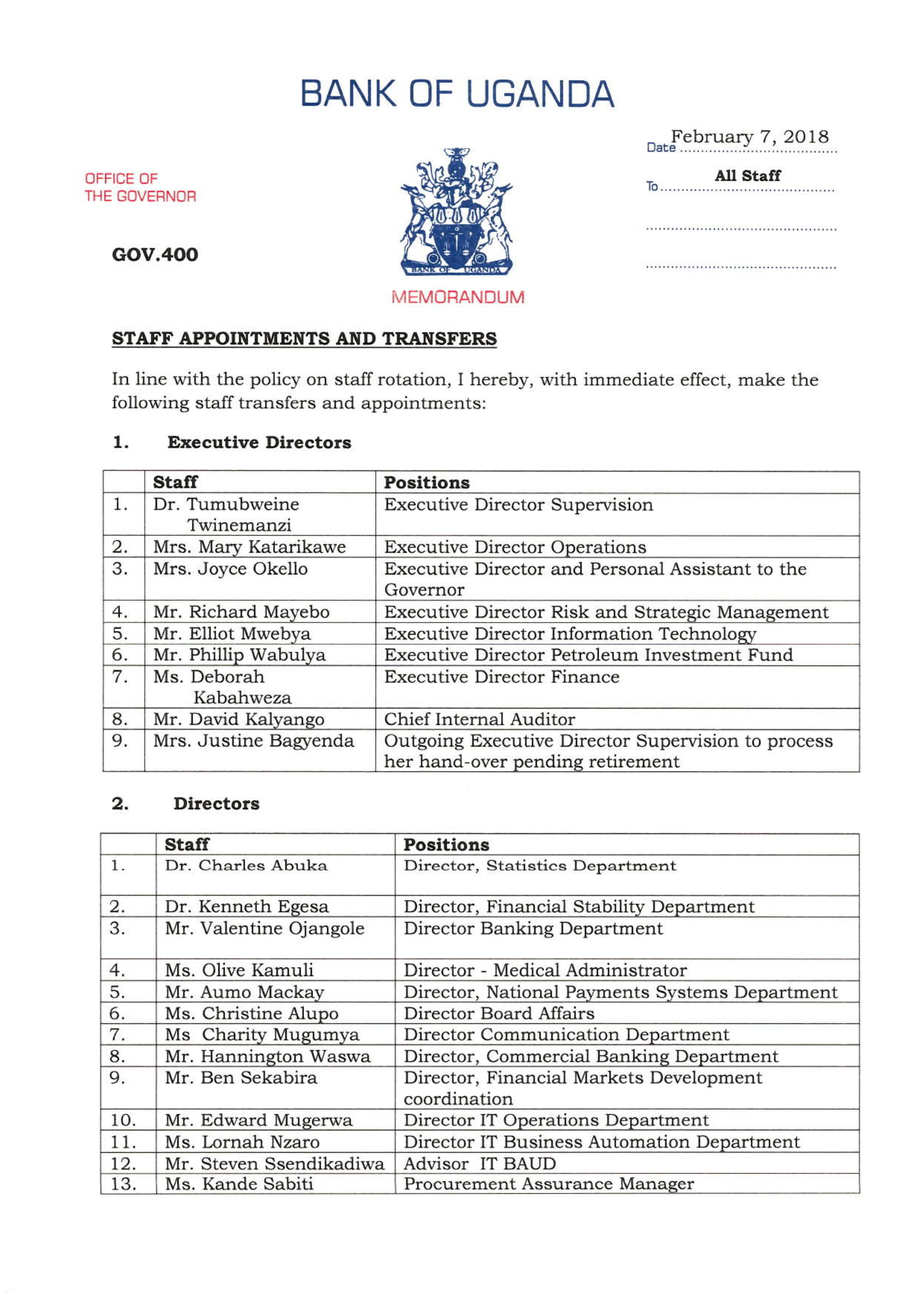 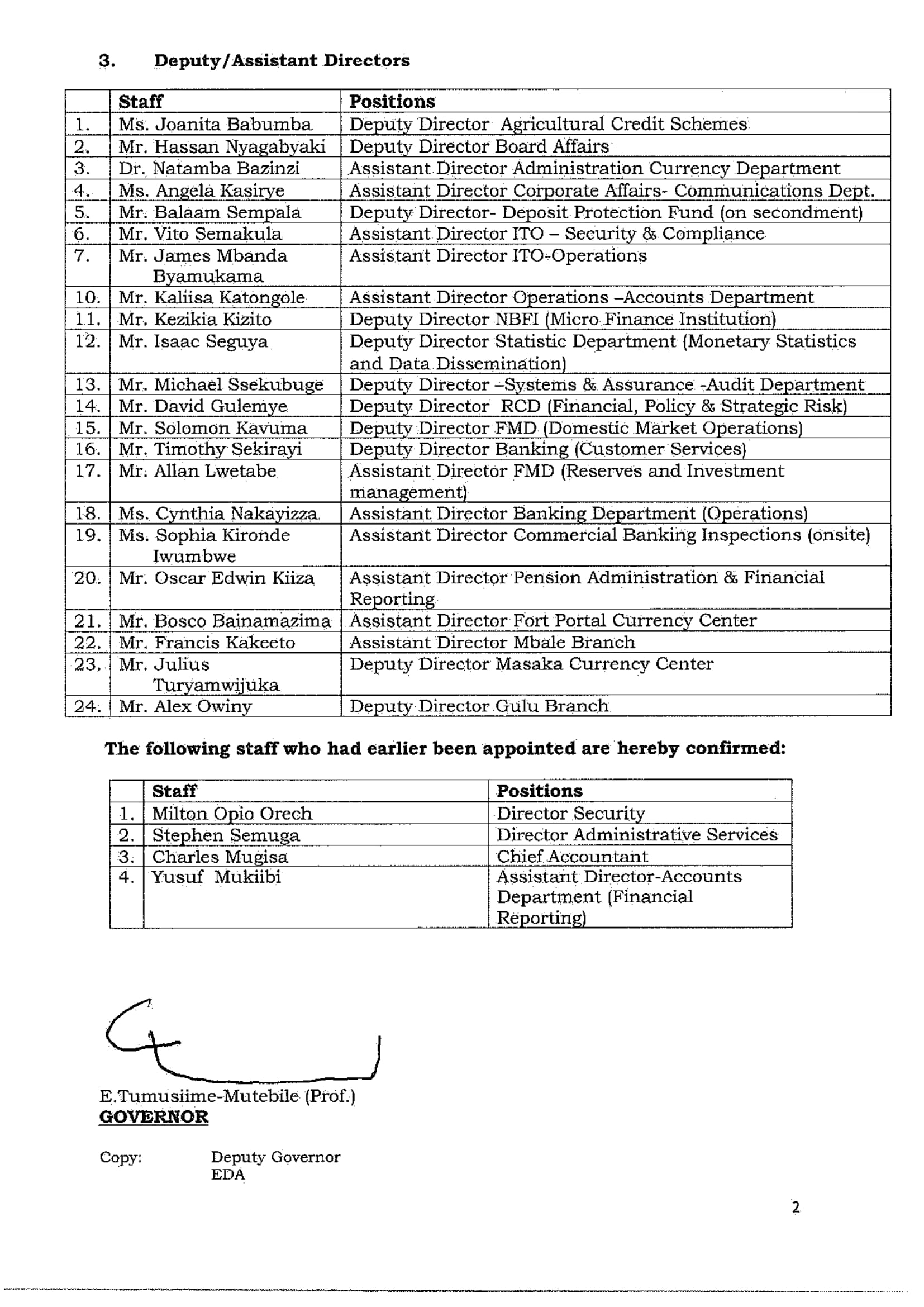