In an enclosed email, Ms. Angela Bageine the CEO Global Brand Representative in the Great Lakes Region recognized the two talented singers Angella Katatumba and Eddie Kenzo for their exceptional and meaningful contribution they have made in the music industry. 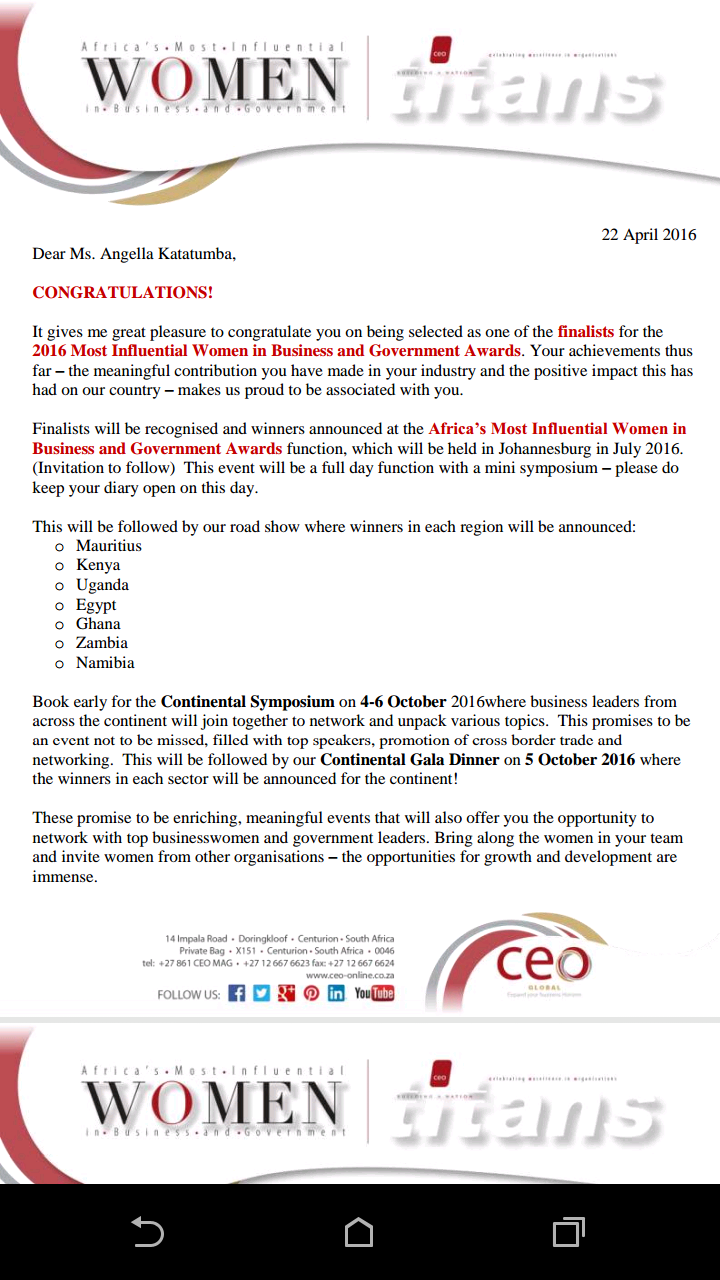 All finalists will be recognized and winners announced at the full day function with a mini symposium in Johannesburg South Africa in July 2016.

This will be followed by a road show where winners in countries Mauritius, Kenya, Uganda, Egypt, Ghana, Zambia and Namibia will be announced.

CEO Global Executive has organized another Symposium on 04th to 05th October, 2016 where business Leaders from across the African continent will join together to network and unpack topics about promotion of cross border trade and networking.

This comes after Angella Katatumba attended and performed at the UN first ever Humanitarian Summit on 23rd and 24th May, 2016 in Istanbul Turkey.

Uganda Child Cancer Foundation launches the Live It Up Podcast.

Ugandan Artists Should take Music as a Job, not a Hobby  - Sheilah