The Award-winning international artiste recently has added his first Ugandan song to his youtube playlist. Akon, who had earlier met Eddy Kenzo and praised him for his master piece Sitya loss, has now added the song to his playlist.

Meanwhile Eddy Kenzo has been left thunderstruck and stunned by the praise from Akon.

“Am very overwhelmed by the credit from a singer his of stature. Its surely God’s favour,” he said. 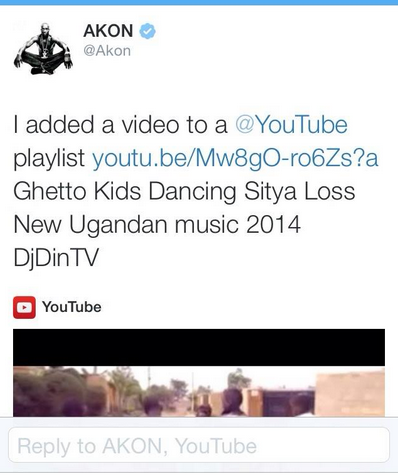 More than 70 arrested in Lira City as buses are impounded

Bebe Cool: I Can't Allow Anyone to Attack Bobi Wine's Wife and Kids

Has Zari turned to God for deliverance?

More than 70 arrested in Lira City as buses are impounded

Govt warns against teacher absenteeism as re-opening of schools nears

Has Zari turned to God for deliverance?